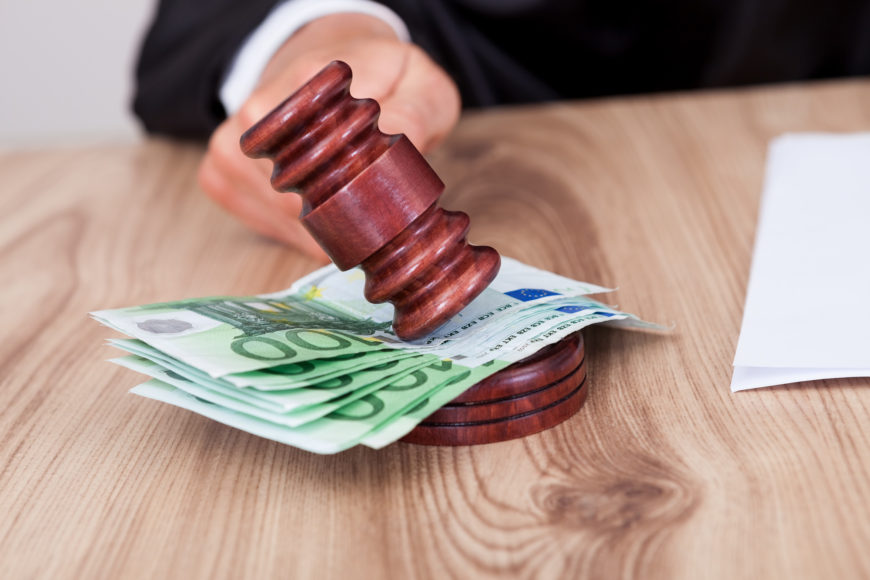 A $625000 Lesson in Dealing with Alleged Workplace Bullying

At a price this high, you’d hope that this lesson came with a medical or maybe even a lawyers degree. Unfortunately, it didn’t. This lesson came with an employee who suffered a significant psychosocial workplace injury; and a Government department spending money, better spent elsewhere, on defending a legal case.

In February 2017, the Victorian Supreme Court handed down it’s finding in the case of Gaylene Wearne versus the State of Victoria (known as the Department of Human Services or “Department” in this article). Gaylene was awarded $625000 in pain and suffering and pecuniary loss damages for psychiatric harm caused by her workplace.

Gaylene commenced working with the Department in 1992. In 2005, she was successful in a WorkCover claim following an incident in the Sunshine office of work-related stress. Following this incident, she was transferred to the Department’s Preston office to a youth worker role as part of her return to work plan. From the time of her transfer to Preston, the Department were aware that Gaylene was at risk of psychiatric injury, suffering from chronic adjustment disorder with anxiety and depression.

Over the course of the next three years, Gaylene experienced a mixture of positive and negative experiences. Counselling and support was put in place by the department across 2005-06. She completed a short term Team Leader role and was also seconded to a refugee minor program for a period of time. On the flip side, she struggled with new systems in a changing organisational work environment, personal events, and her new Team Leader Robyn Skerry.

After an escalation in conflict with Robyn over an extended period of time, Gaylene suffered a mental breakdown in November 2008. She has not worked since. Following the breakdown, Gaylene sought compensation from the Department as a result of alleged exposure to bullying and harassment carried out by her supervisor between 2007-08. She also alleged that senior management exposed her to psychiatric harm in her workplace through negligent supervision.

Six key lessons from the story of Gaylene Hearne

Psychosocial injury is delicate and difficult to manage be it as a person with an injury or illness or as an organisation with an employee to support. It is engulfed in the complexity of being human.

Gaylene’s story gives us much to learn about workplace bullying, preventing injury and managing risk in our workplace.

Lesson 1: Workplace Bullying is unreasonable AND repeated behaviour AND creates a risk to health and safety

“Workplace bullying is repeated, unreasonable behaviour directed towards an employee, or group of employees, that creates a risk to health and safety.”

Over 21 months, Gaylene highlighted ten incidents that she considered to have constituted workplace bullying. Judge Dixon found that a number of the incidents had been distorted by the dispute between Gaylene and Robyn. He found that Robyn’s approach was inflexible and unsupportive, describing it as “at times overly harsh and insensitive”, but it was not repeated enough to constitute bullying. Nor were some of the actions unreasonable, as providing feedback to Gaylene was part of Robyn’s role. Nevertheless, Robyn’s approach did create a risk to health and safety.

Lesson 2: Knowledge of specific risk to health and safety requires you to act

Gaylene was awarded $625000 by Judge Dixon because the Department failed in their duty of care and did not act to mitigate the risk to her health and safety.

On her transfer from the Sunshine office, the Department knew that Gaylene had an existing psychiatric injury that continued to be present time at the Preston office. Across 2005-06, in response the Department facilitated appropriate supports. However, at the time that Gaylene had been allocated to her new Team Leader, Robyn in February 2007, the Department (both line management and Work Health Unit) failed to respond to the risk.

Robyn was aware that Gaylene needed to be treated with ‘kid gloves’, but failed to do so. Judge Dixon noted that Robyn “was prone to frustration when she would become intemperate”. Her approach was also described as “overly harsh and insensitive”. Gaylene twice requested a transfer to a new Team Leader in May 2007 and again in April 2008. Senior management responded to the latter request with the two should “try to work it out as professionals”. Between the two requests, Gaylene’s stress, which was induced by work, continued to worsen. Decisions that would impact negatively on her health considered operational reasons as to why she could not be transferred, but failed to consider Gaylene’s need for a safe workplace. Judge Dixon identified that the Department had lost sight of Gaye’s vulnerability to psychiatric injury and creating a safe workplace to minimise or eliminate the risk of injury.

By the time the Department decided to act, it was too late. Judge Dixon suggested possible solutions that failed to be considered including:

Their failure to consider what they already knew and the potential solutions resulted in the finding that they had breached their duty of care in providing a safe workplace for Gaylene.

Judge Dixon found that a reasonable employer in this situation would have undertaken a formal investigation in the dispute between Gaylene and Robyn. Gaylene had made a request for a transfer to a new Team Leader in May 2007. However, Robyn’s continued to be her Team leader until Gaylene’s breakdown in November 2008. There were numerous discussions and meetings held across the time period. Judge Dixon noted evidence that indicated a strong support for Robyn and a belief that Gaylene was the problem.

Undertaking an unbiased investigation may have lead to a solution being found earlier that may have prevented the injury to Gaylene and mitigated the risk of a Workcover claim.

The risk to the health and safety of those directly managing challenging situations also needs to be monitored and acted upon appropriately. As mentioned above, the management and leadership approach used by Robyn was ineffective and lead to the harm of Gaylene. Judge Dixon identified that Robyn’s manager failed to provide clear guidance to Robyn contributing to her stress and anxiety. This also contributed to the manner in which Robyn supervised Gaylene.

Judge Dixon found that the Department should have provided Robyn training or direction to ensure appropriate handling of the situation. This could include how to handle a worker with Gaylene’s mental health concerns. Equally, the Department could have directed or trained Robyn to adopt a caring and supportive approach to supervision. This may have mitigated the risk to her Gaylene’s health and safety.

Lesson 5: An appropriate policy for receiving and handling complaints of bullying and serious interpersonal conflict

Gaylene was prevented from escalating the complaint outside of her line management. The Department policy was that a complaint needed to be signed off on by the department manager whom the complaint could be about. There was no enablement to directly approach the Human Resources department.

An ability to escalate a matter without sign off may have provided for an unbiased investigation and mitigated the risk to Gaylene’s health and safety.

Lesson 6: Formal counselling with an aim to resolution

Formal counselling of both Gaylene and Robyn on their behaviour may have prevented escalation of the situation and mitigated the risk to health and safety of both parties. Mediation could have been explored as an alternative, but this was not.

Any number of strategies could have been explored and implemented to create a safe working environment for Gaylene. The Department had shown that they had developed a safe work plan when the first incident occurred in Sunshine, yet this wasn’t explored at all when the risk increased in 2007-08.

Gaylene continues to suffer with stress and anxiety. She has been diagnosed to be unable to return to a working environment. The Department has been ordered to pay out $625000. That’s not counting legal costs and human resources that have been used along the way.

Who won in this case? No one really… no one ever really does. 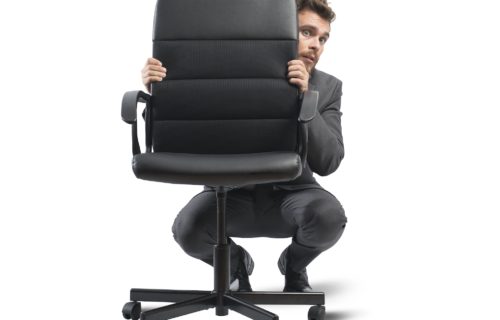 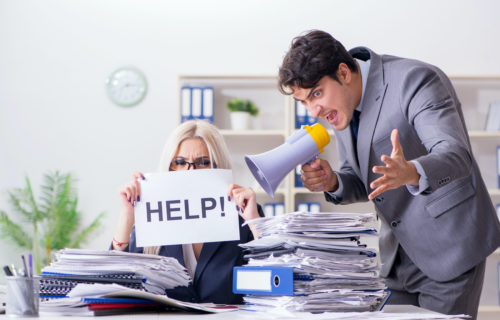 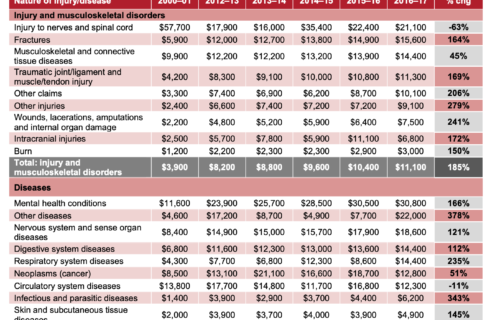 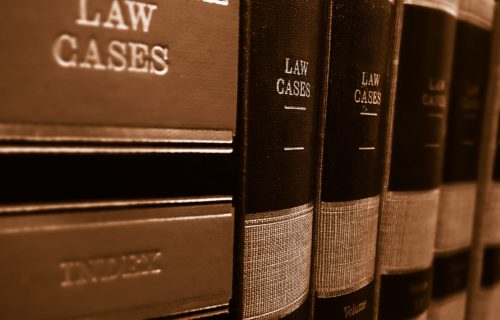